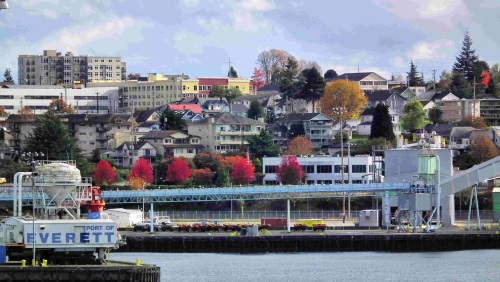 The USDOT’s Build America Bureau is going to provide a $5.95 million Railroad Rehabilitation and Improvement Financing or RRIF loan to the Port of Everett in the State of Washington to help fund its Marine Terminal Rail Improvements Phase II Project.

The Bureau, which administers the RRIF credit program, functions as a “one-stop shop” to streamline credit opportunities, according to USDOT, and to date its provided some $5.4 billion worth of financing.

The agency said in a statement that the RRIF loan to the Port of Everett will be issued with an interest rate of 3.39 percent with a term of 35 years and represents 86 percent of eligible the port’s rail project costs, which total $6.92 million.

Glen Bachman, president of the Port of Everett commission, noted that the Port of Everett is the third largest container port in Washington, specializing in the handling of oversized and overweight cargoes, and will use the loan to expand on-terminal rail capacity to increase the amount of cargo that can be processed while alleviating local road congestion.

“Completing critical infrastructure upgrades like this will better position the Port and its facilities to handle the larger vessels and heavier cargoes and other opportunities on the horizon,” he added.

USDOT noted that this project will provide approximately 3,300 lineal feet of on-terminal working track, more than doubling the operational capacity of rail at the Port of Everett, while relocating a 39,000-square foot warehouse for use to provide cover for rail cargo.