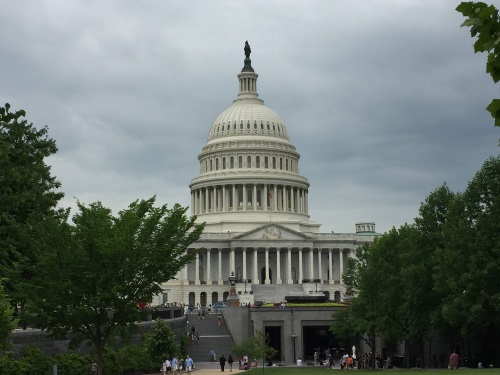 The Nov. 6 congressional elections not only gave control of the U.S. House of Representatives to the Democrats and kept the Senate in Republican hands, but also sent at least 47 of the 60-member House Transportation and Infrastructure Committee back to Capitol Hill.

House members winning reelection include Rep. Peter DeFazio, D-Ore., who is currently the ranking member of the T&I committee but is now poised to take over as the new chairman.

“We have a lot of common ground. I want to get a [infrastructure] bill out of the House; hopefully move it out by early summer, but we will need help from the Senate and the President has to be engaged and onboard and there has to be real money in it,” DeFazio explained in an interview with KVAL 13 in Portland, Oregon, this week

“In terms of bridges, we’ve made scant progress; we are down to 140,000 bridges in a state of disrepair from 165,000 on the national highway system. Our transit system has a $100 billion backlog to be brought up to state of good of state repair, let alone giving people new options. And parts of National Highway System’s road surface have deteriorated to point where you can’t resurface it – you have to replace about 40 percent of it,” he said. “Also, all across America, we have congestion in our airports; they are aging out, so we need to allow out airports to issue bonds to improve their facilities to improve the customer experience.”

The T&I committee’s current chairman, Rep. Bill Shuster, R-Penn., was among the seven committee members who did not seek reelection to the House for various reasons.

Twenty-nine members of the House Ways and Means Committee will be making their way back to Congress, though its leadership will change since the Democrats are in the majority. Republican committee members who lost their reelection bids on Nov. 6 are Rep. Erik Paulsen, R-Minn., Rep. Carlos Curbelo, R-Fla., Rep. Mike Bishop, R-Mich., and Rep. Peter Roskam, R-Ill. The incoming chairman of the Ways and Means Committee is now Rep. Richard Neal, D-Mass., currently its ranking member.

Almost all 48 members of the House Energy and Commerce committee won their reelection bids on Nov. 6, with the exception of Rep. Leonard Lance, R-N.J. Ranking member Rep. Bobby Rush, D-Ill., is most likely going to be the committee’s next chairman.

Members of the House Appropriations Committee who lost their reelection bids include Rep. David Young, R-Iowa, Rep. Scott Taylor, R-Va., Rep. John Culberson, R-Tex., and Rep. Kevin Yoder, R-Kan. A total of 44 other committee member prevailed in their races Nov. 6 and with Democrats in the majority, Rep. Nita Lowey, R-N.Y., is poised to become the first woman to chair the Appropriations Committee.

In the Senate, Sen. Bill Nelson, D-Fla., was projected to lose his re-election bid to former Florida Gov. Rick Scott and thus open the four committee positions Nelson held to new members – the most prominent being the ranking member slot on the Senate Committee on Commerce, Science, and Transportation, of which Sen. John Thune, R-S.D., remains chairman. But the Nelson-Scott race is headed for a mandatory recount so it is not over yet.

There is a possibility that Sen. Thune would move up into a more senior leadership role within the Republican conference and thereby give up his chairman position. If that happens, the next in line to replace him would be Sen. Roger Wicker, R-Miss.

The only members of the Senate Appropriations Committee up for reelection this year were Sen. Jon Tester, D-Mont., Sen. Tammy Baldwin, D-Wis., and Sen. Joe Manchin, D-W. Va., and all three won their electoral contests. Meanwhile, Sen. Richard Shelby, R-Ala, retains his chairmanship of that committee.

The Nov. 6 midterm elections also put 20 new governors in office, with 11 of those new faces Democrats. Altogether, Democrats now hold governorships in 23 states, a pickup of seven, while Republicans control 26. As of press time, the Georgia governor’s race remained too close to call, with Brian Kemp (R) declaring victory while Stacey Abrams (D) called for a recount.