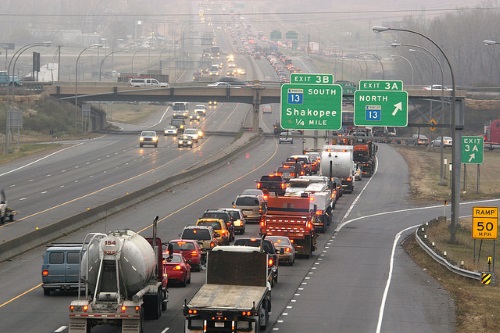 The Minnesota Department of Transportation released its 2019-2028 Capital Highway Investment Plan or CHIP on Oct. 31, which details the agency’s planned investments for Minnesota’s highway network during the next decade.

Over the next decade, the plan targets more than 760 pavement projects and nearly 380 bridge projects, as well as other efforts, that, if completed, would improve traveler safety and mobility, rest stop and weigh station maintenance, and freight movement.

“Minnesota has the fifth largest road network in the country with more than 12,000 miles of state highways,” said Minnesota DOT Commissioner Charlie Zelle in a statement.

He added that selecting projects on the state highway system is an annual process, but begins 10 years in advance with the CHIP. The first four years of the plan represent state highway projects in the State Transportation Improvement Program, which represents construction with “committed funding.” The CHIP goes on to identify projects in the six years after the current STIP, which are considered “planned investments,” the agency said – stressing that the CHIP does not include projects currently under construction.

“While projects are not commitments until they reach the STIP, listing potential projects five to 10 years out allows for advanced coordination and input, and, ultimately, better projects for all those served,” Zelle emphasized.

And financing “planned investments” remains the major complication. According to the CHIP, the “total need” for the Minnesota state highway system is calculated at $39 billion over 20 years, yet the agency estimates it will only have $21 billion available from its four main revenue sources – federal aid, state fuel taxes, tab-fees, and the motor vehicle sales tax – resulting in an $18 billion funding gap.

The Minnesota DOT noted in the CHIP that there are two main reasons for that fiscal gap.

First, construction costs are growing more quickly than revenues and that expected revenues will lose “buying power” as construction costs continue to grow at an annual rate of 4.5 percent per year, it said. Second, revenue growth continues to be slow as vehicles are becoming more fuel efficient and vehicle miles travelled has remained flat over the last decade, the agency noted.