Tolls Could Raise $1B Annually for Connecticut, Study Finds 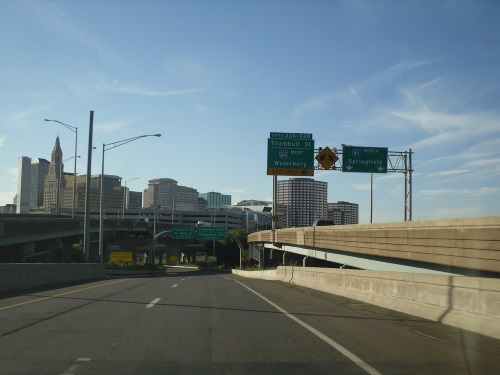 A study conducted by the Connecticut Department of Transportation estimated that the state could raise approximately $1 billion annually using all-electronic tolling on its highways.

Released on Nov. 14, the study is part of a longer-term $10 million in-depth operational, environmental, and engineering analysis for an all-electronic toll system

“The report we are releasing today is designed to inform a dialogue among our elected leaders and the citizens of Connecticut about the potential for instituting tolls in the state,” said CTDOT Commissioner James Redeker in a statement. “Governor Malloy’s Transportation Finance Panel concluded that current revenues are insufficient to maintain our roads and bridges or to remove traffic bottlenecks and reduce congestion and recommended tolls as one way of generating new revenue.”

CTDOT added that its report examined options for implementing tolls in Connecticut that would help pay for needed transportation infrastructure improvements and demonstrated that a statewide all-electronic tolling system on limited access highways could raise substantial revenue with low rates for Connecticut drivers who would be offered a discount for using a Connecticut-issued E-ZPass, plus a commuter discount if they use the highways frequently.

Without a Connecticut E-ZPass, the agency said; thus out-of-state drivers would pay more and CTDOT estimated that about 40 percent of toll revenue would come from out-of-state cars and trucks.

The agency noted that for purposes of its initial analysis, toll rates were developed that might be as low as 3.5 cents per mile for a frequent off-peak car driver with a Connecticut E-ZPass – pointing out that the average trip made by a Connecticut driver on limited access highways is 12 miles.

With discounts, a 12-mile toll trip would be 42 cents off-peak and 53 cents during peak hours, CTDOT said, while charging higher rates during peak traffic periods and lower rates in the off-peak will help reduce congestion during the peak period.

The agency made several other important points in its highway tolling report, including:

CTDOT noted that the AET system concept evaluated via its report assumed overhead toll gantries, or toll points, that would be

spaced 6 to 8 miles apart along the state’s highway. Due the numerous exits on most Connecticut highways, it is not possible to place a gantry between each exit, the agency said, but spacing every 6 to 8 miles should “capture” most vehicle trips.