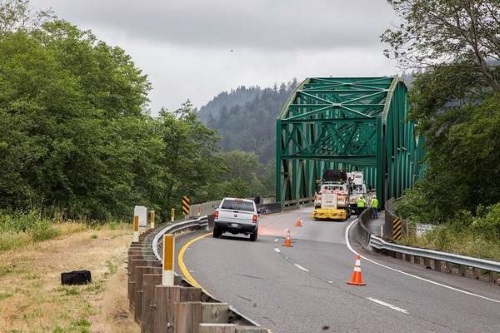 The California Transportation Commission officially allocated more than $600 million on Dec. 7 to fund “hundreds” of transportation projects, including highways, rail, transit, and technology endeavors. That tranche of funding includes $80 million generated from the taxes and fees instituted via Senate Bill 1 or from SB 1 in 2017; legislation also known as the Road Repair and Accountability Act of 2017.

Caltrans Director Laurie Berman noted in a statement that more than 200 transportation projects will “improve and maintain California’s current transportation system,” with most of the allocations going to projects within the State Highway Operations and Protection Program or SHOPP, which is the California highway system’s “fix-it-first” program that funds safety improvements, emergency repairs, highway preservation and some operational highway improvements.

[That includes striping projects, to lay down wider and brighter traffic lane lines and reflectors to improve highway safety.]

Roughly 17 “active transportation” projects that aim to “encourage walking and biking,” such as new bike lanes and walking trails, are getting $12 million in funding, while the state’s Transit and Intercity Rail Capital program – focused on “modernizing” transit systems – is getting nearly $32 million to fund four rail and transit projects.

[Here’s a look at some of the philosophies underpinning Caltrans’ push to incorporate bicycling and walking into its transportation strategy.]

That includes $11.2 million for the Monterey County Rail Extension, which is working to extend passenger rail service from Santa Clara County south to Salinas, to help pay for a bus transfer area for local and intercity buses, bike lanes and storage, expanded and improved parking including loading zones, and pedestrian crossings.

The rest – some $29.8 million – goes to the Metrolink commuter rail system for design work along its Orange, San Bernardino and Ventura line, including improvements to the Marengo siding and double track in Simi Valley.