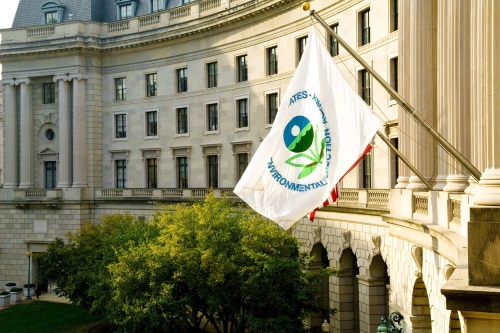 A 28-page “conformity guidance” circular issued by the Environmental Protection Agency late last month provides some regulatory relief for transportation projects in areas affected by a controversial air quality decision made by the U.S. Court of Appeals for the District of Columbia Circuit eight months ago.

That decision in a lawsuit brought by the South Coast Air Quality Management District against the U.S. Environmental Protection Agency that found the EPA exceeded its authority in 2015 when it issued a rule making 2008 National Ambient Air Quality Standards or “NAAQS” the sole set of air quality rules transportation projects were required to meet – unilaterally superseding existing 1997 standards.

As a result of the D.C. Circuit court’s verdict in that case, 82 “orphan areas” in 24 states that were previously nonattainment or maintenance areas for the 1997 ozone standard but are in attainment under the 2008 ozone standard face having to “re-do” their air quality modeling.

However, in a conference call on Dec. 4, the EPA stressed that its “conformity guidance” does not create any new requirements and that orphan areas that have one or more metropolitan planning organizations or MPOs can demonstrate “transportation conformity” to the 1997 ozone NAAQS without a regional emissions analysis.

That potentially offers a significant cost and time savings where such projects are concerned, according to analysis by the American Association of State Highway and Transportation Officials, as the EPA noted in its document that as “no regional emissions analysis is required in orphan areas, there is no requirement to use the latest emissions model or use either the emissions budget test or interim emissions test.”

In a separate but related effort, the EPA filed an information collection request Nov. 18 in the Federal Register to discern how much such “conformity compliance” impacts transportation plans, programs, and projects.

The EPA said it hopes to use comments generated by the request – which are due on or before Jan. 18, 2019 – to calculate the “burden estimates” for transportation conformity determinations at both the regional and project-level, the differences in conformity resource needs in large and small metropolitan areas as well as isolated rural areas, plus what efficiencies are possible in areas making conformity determinations for multiple NAAQS.