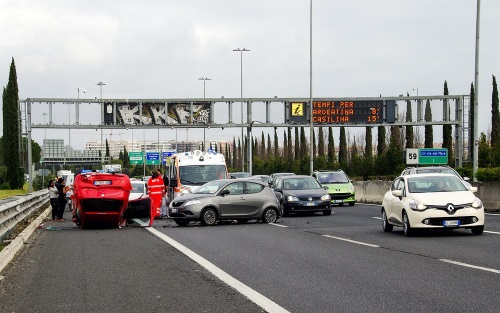 However, the report also noted that – despite the increase in the overall number of deaths – the rates of death due to road traffic incidents relative to the size of the world population stabilized in recent years, suggesting that existing road safety efforts in some middle- and high-income countries are “mitigating” the situation.

WHO said in the report that “better legislation” around key risks such as speeding, drinking and driving, and failing to use seat-belts, motorcycle helmets and child restraints, along with “safer infrastructure” like sidewalks and dedicated lanes for cyclists and motorcyclists.

On top of that, improved vehicle standards – such as mandates for electronic stability control and advanced braking systems – plus enhanced post-crash medical care helped reduce road traffic deaths in 48 middle- and high-income countries. However, not a single low-income country has demonstrated a reduction in overall deaths, in large part because these measures are lacking.

WHO Director-General Tedros Adhanom Ghebreyesus stressed in a statement that “these deaths are an unacceptable price to pay for mobility” and that “there is no excuse for inaction. This is a problem with proven solutions.”

Funded by Bloomberg Philanthropies, the WHO 2018 road safety report found that the risk of a road traffic death remains three times higher in low-income countries than in high-income countries.

Additionally, motorcycle riders and passengers account for 28 percent of all road traffic deaths, but the proportion is higher in some regions, such as South-East Asia (43 percent) and the Western Pacific region (36 percent).