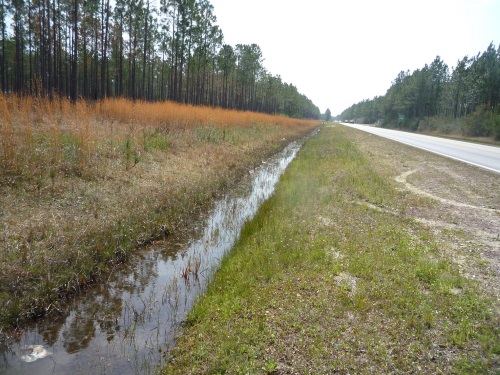 A proposal by the Environmental Protection Agency and the Department of the Army to “clarify” federal authority under the Clean Water Act and redefine the term “waters of the United States” or WOTUS could reduce a significant regulatory burden for transportation projects.

“Our proposal would replace the Obama EPA’s 2015 definition with one that respects the limits of the Clean Water Act and provides states and landowners the certainty they need to manage their natural resources and grow local economies,” EPA Acting Administrator Andrew Wheeler noted in a statement on Dec. 11.

“For the first time, we are clearly defining the difference between federally protected waterways and state protected waterways,” he explained. “Our simpler and clearer definition would help landowners understand whether a project on their property will require a federal permit or not, without spending thousands of dollars on engineering and legal professionals.”

The agencies expect to file a rulemaking effort in the Federal Register establishing these definitions before the end of 2018. Right now, however, because of litigation, the EPA noted that the 2015 rule is in effect in 22 states, the District of Columbia, and the U.S. territories. Meanwhile, the previous regulations, issued in the 1980s, are in effect in the remaining 28 states.

“This regulatory patchwork creates uncertainty and impedes economic development,” Wheeler noted. “Our proposed definition would establish national consistency and restore the proper relationship between the federal government and states in managing land and water resources.”

The new WOTUS proposal would not only place “traditional” navigable waters, tributaries to those waters, certain ditches, certain lakes and ponds, impoundments of jurisdictional waters, and wetlands adjacent to jurisdictional waters under federal oversight, it would also define non-WOTUS categories as well, including: bodies of water formed during or in response to rainfall; groundwater; many ditches, including most roadside or farm ditches; prior converted cropland; storm water control features; and waste treatment systems.

The so-called “ditch exclusion” is critical where transportation projects are concerned.

According comments filed by the American Association of State Highway and Transportation Officials in 2014, when the Obama Administration first revised the reach of WOTUS, determining “jurisdictional status” and “complying with permitting requirements” can add “weeks, if not months,” to routine ditch maintenance activities.

“Cumulatively, these administrative burdens impose significant costs on state DOTs [which] therefore have a strong interest in clarifying the legal standards used for determining jurisdictional status of roadside ditches,” the group said.

Aside from ditches, AASHTO also noted in its letter that state DOTs also are responsible for carrying out thousands of road improvement projects every year, ranging from road repair or widening projects to the construction of entirely new roads, and that many of them impact “water resources” that fall within federal jurisdiction or at least have to be evaluated to determine their jurisdictional status.

“Those responsibilities give state DOTs an interest not only in the jurisdictional status of ditches, but also in the standards applied more generally to determining the extent of the federal jurisdiction over wetlands, streams, and other water resources,” the group said.

Dave Bauer, executive vice president of advocacy for the American Road & Transportation Builders Association, echoed the importance of the “ditch exclusion” in a statement on Dec. 11, pointing out that “roadside ditches are not, and should not be regulated as, traditional jurisdictional wetlands” as they are not connected water bodies and contribute to the public health and safety of the nation by dispersing water from roadways.

“The regulatory back-and-forth on roadside ditches has created substantial uncertainty for nearly 10 years with little environmental benefit,” he said.

The EPA’s Wheeler and R. D. James, assistant secretary of the U.S. Army for Civil Works, noted in a Kansas City Star op-ed on Dec. 11 that such “uncertainty” regarding the definition of WOTUS has not only created a “patchwork” of wetlands regulations at the state level, it increased regulatory compliance costs as well – costs the new rule would reduce if not eliminate.

“Under the 2015 rule, more farmers, developers and landowners across the U.S. would need to apply for a federal permit to exercise control over their own property,” they wrote, adding that the process to obtain a federal permit often costs tens of thousands of dollars. “The new, more precise definition means that farmers, land owners and businesses will spend less time and money determining whether they need a federal permit and more time upgrading aging infrastructure, building homes, creating jobs and growing crops to feed our families.”