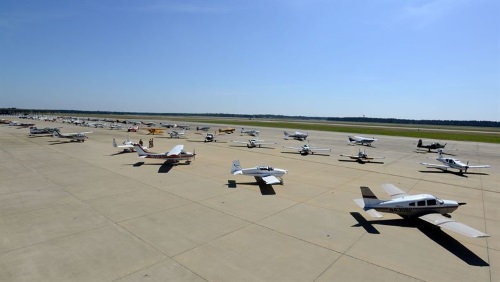 The Federal Aviation Administration awarded $205 million in supplemental infrastructure grants on Dec. 19 to 37 small airports in 34 states, with more than half of that funding going to airports that support general aviation and rural communities.

[Above photo via the Dept. of Defense.]

This “supplemental” funding is in addition to the $3.31 billion already awarded via the agency’s Airport Improvement Program during fiscal year 2018, FAA said.

The agency added that Congress provided this supplemental funding via the Consolidated Appropriations Act of 2018, passed back in March, and it later published a Federal Register notice in July to explain the statutory rules, evaluation criteria, and the submission steps for states to apply for those grants.

FAA noted in a statement that projects encompassed by those supplemental grants include runway reconstruction and rehabilitation, plus the maintenance of taxiways, aprons, and terminals.

It added that the remainder of the $1 billion Congress set aside for this tranche of supplement airport infrastructure funding will be awarded during fiscal years 2019 and 2020, based on requests submitted by October 31.