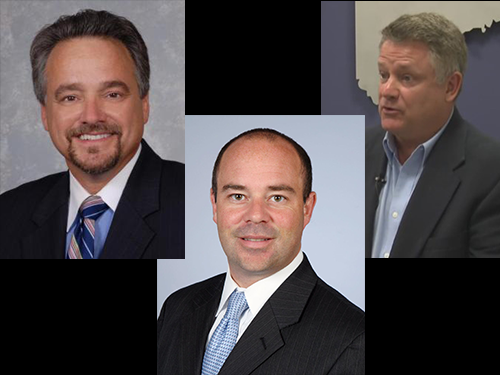 Three transportation veterans are set to take over as the top executives for the state departments of transportation in Connecticut, Maine, and Wisconsin in 2019. All three now await confirmed by their respective legislatures.

Metro-North is one of the nation’s busiest commuter rail systems, connecting 124 stations along 384 miles of track in New Haven and Fairfield counties in Connecticut plus seven counties in New York.

According to a Connecticut Mirror news story, Giuletti began his transportation career with Metro-North in 1983, departing in 1998 to head up the Tri-Rail system in southern Florida, before returning to Metro-North in 2014 not long after four passengers were killed in a crash on the Hudson Line train near Spuyten-Duyvil.

Giuletti is credited for restoring the reputation of Metro-North, which had been cited for safety deficiencies by federal officials before he returned to helm the commuter railroad four years ago.

Bruce Van Note, currently director of policy and planning at the Maine Turnpike Authority, is set to become the next commissioner of the Maine Department of Transportation when Gov.-elect Janet Mills (D) takes office. Van Note previously served as deputy commissioner for the Maine DOT from 2002 to 2014 and is currently a member of the International Bridge, Tunnel and Turnpike Association board of directors and chairs the legislative committee of the Maine Better Transportation Association.

“Safe, reliable, and easy travel is part of what makes us Maine and what makes a real difference in people’s lives every day – whether it’s a safe and predictable trip to work, a vibrant downtown that works for everyone, an efficient delivery of goods, or a trip to one of the hundreds of special spots across the state,” Van Note said in a statement following his appointment on Dec. 20. “I look forward to working with Governor-elect Mills, members of the Legislature, Maine DOT staff, and industry and municipal leaders to improve our transportation system and take it to the next level.”

Finally, Craig Thompson, currently the executive director of the Transportation Development Association of Wisconsin, has been selected by Gov.-elect Tony Evers (D) to lead Wisconsin’s department of transportation.

The TDA which Thompson currently leads is a statewide alliance of 400-plus “transportation stakeholders” committed to a “strong interconnected transportation network” that “supports a robust economy and enhance the quality of life for everyone in Wisconsin.”

According to a Wisconsin State Journal news story, Thompson – a 25-year veteran legislative and policy analyst who previously served as the legislative director for the Wisconsin Counties Association – is considered a “vocal advocate” for more revenue for transportation projects.