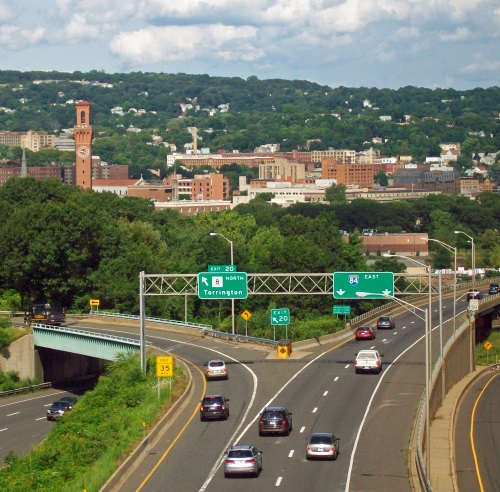 A coalition of nine Northeastern and Mid-Atlantic states, along with the District of Columbia, aim to craft a regional “low-carbon” transportation policy proposal that caps and reduces transportation emissions, while also opening the door to other “complementary policies,” such as coordinated infrastructure planning, land use planning improvements, plus the development of green banks and other innovative financing mechanisms.

Connecticut, Delaware, Maryland, Massachusetts, New Jersey, Pennsylvania, Rhode Island, Vermont, Virginia, and Washington, D.C. – all members of the Transportation and Climate Initiative or TCI, which is spearheading this regional policy effort – released a joint statement on Dec. 18 describing the outlines of their low-carbon transportation plan.

Key aspects of the plan include: The development of monitoring and reporting guidelines to ensure that transportation related emissions decline over time; identifying the regulated entities and determine which transportation fuels will be covered; developing mechanisms for cost containment and compliance flexibility; and identifying shared priorities for investment of proceeds.

The joint statement also calls for this “low-carbon” policy to be designed within a year, after which each jurisdiction will decide whether or not to adopt and implement it.

“The transportation sector is key to reducing carbon emissions, and Massachusetts looks forward to working with its partner states across the Northeast on this very important regional initiative,” noted Stephanie Pollack, secretary of transportation and CEO of the Massachusetts Department of Transportation, in a statement. “But there is much work to be done and this is a key step forward.”

“PennDOT is proud to partner with our sister Northeastern state transportation and environmental protection agencies in TCI’s bold initiative to reduce carbon emissions from the transportation sector and to strengthen the resiliency of our transportation infrastructure,” added Leslie Richards, secretary of the Pennsylvania Department of Transportation.

“We look forward to actively participating in this multi-state policy development process to evaluate low-carbon transportation options,” she said. “As one of the most economically dynamic regions in the world, the northeastern States working together have enormous potential to change the direction of climate policy toward sustainability.”

“With the approximately 40 percent of our greenhouse gas emissions coming from the transportation sector, we must accelerate our transition to a low-carbon transportation future,” emphasized Rob Klee, commissioner for the Connecticut Department of Energy and Environmental Protection.

“By signing onto the TCI commitment, Connecticut and the region are taking an important step forward to help protect the health and safety of our residents,” he said. “Over the next year we will work closely with our regional partners to design a proposal that can be adopted by our states and implemented regionally. I am confident this will put us on a path to not only decarbonize our transportation networks, but significantly improve them as well.”

Such efforts, however, can produce mixed results depending on weather or other “external” factors.

California, for example, has been pursuing a statewide low-carbon policy on its own since 2006 and in a report issued in July, the California Air Resources Board found that while 2016 greenhouse gas or GHG emissions dropped below 1990 levels for the first time in 14 years – “an achievement roughly equal to taking 12 million cars off the road or saving 6 billion gallons of gasoline a year,” the agency noted – they increased by 2 percent in the transportation sector to higher fuel consumption.

“Emissions may vary from year-to-year depending on the weather and other factors,” noted CARB Executive Officer Richard Corey in a statement. “However, this inventory demonstrates that our policies are working to incentivize GHG-free energy sources and ensure the state remains on track to meet its climate targets in 2020 and beyond.”