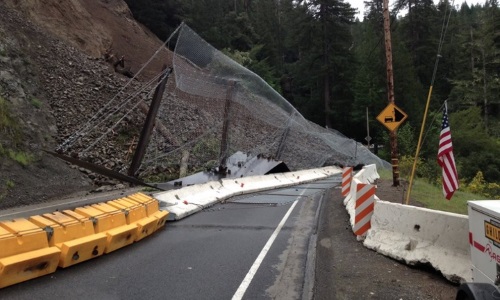 The California Department of Transportation issued two climate change “vulnerability assessment” reports on Dec. 17 to help the agency “understand” how and where climate change may impact the state’s highway system.

The two new reports – one focused on Northern California and the other on the Central Valley area – will evaluate climate change “risks” posed to highways in those regions of the Golden State,  including extreme temperatures, increased precipitation, storm surge, wildfires and sea level rise.

“Climate change is an immediate and escalating threat to California and its transportation system, and Caltrans is being proactive,” noted Laurie Berman, director of Caltrans, noted in a statement. “We are looking at where the state highway system is vulnerable, so we can address issues moving forward.”

She added that different “extreme weather events” also can “tie together” to generate multiple points of impact on the highway system, as a wildfire can scorch crucial vegetation on hillsides that would otherwise help soak-up storm runoff in the winter – leading to flooding and severe erosion of state roadways.

The agency noted that its first climate change assessment report, released Dec. 27, 2017, examined the impact of the severe storms that struck California – particularly the Bay Area – during the winter of 2016-2017. Those storms, which caused severe flooding, landslides, and coastal erosion, inflicted more than $1.2 billion in damages to California’s highways statewide, Caltrans noted, with damage to Bay Area roadways accounting for $390 million of those costs.