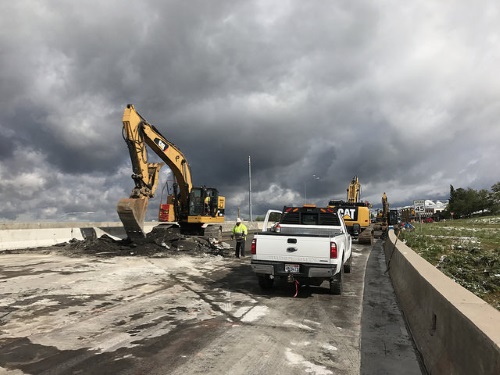 A survey of 1,300 contractors in 49 states and the District of Columbia found that most are “confident” construction demand will increase in 2019 across most industrial sectors, especially for highway, water and sewer, and transportation facility projects.

However, that survey – conducted by the Associated General Contractors of America and Sage Construction and Real Estate following the midterm elections last November – also found that while 79 percent of those construction contractors plans to expand payrolls this year to meet that demand, 78 percent said they are having a hard time filling salaried and hourly craft positions, with 42 percent expecting it will continue to be hard to hire in the next 12 months and another 26 percent expect that it will become even harder to hire personnel in 2019 overall.

“We’re seeing some higher spending on highway construction; spending in fact had grown during first 10 months of 2018,” noted Ken Simonson, AGC’s chief economist, in a conference call with reporters on Jan. 2 to discuss the survey results.

“That’s largely due to states increasing their gas taxes, most notably by California, and by more use of public private partnerships and toll road efforts,” he said. “We expect those trends continue in 2019.”

AGC noted that the difference between the positive and negative responses in terms of construction demand – what the group called the “net reading” – ranged between 10 percent and 17 percent for every category except multifamily housing.

In an 11-page report based on the survey’s responses, AGC and Sage noted that public building construction scored the highest net positive reading of 17 percent, with three other segments tied for second at 16 percent: highway, K-12 school, and hospital construction.

On the hiring front, Simonson referred to an AGC survey conducted last summer that found 80 percent of construction firms are having a hard time filling hourly craft positions that represent the bulk of the construction workforce. “They are having a harder time filling all of their positions, with the one exception being traffic control personnel or ‘flaggers,’” he said “But since we conducted that survey the unemployment rate dropped has dropped to 50-year low of 3.7 percent so contractors will only have a harder time filling these positions.”

However, construction executives “appear to remain confident” about their market prospects for 2019, even as they remain “concerned” about finding qualified workers to execute projects, noted Stephen Sandherr, AGC’s chief executive officer, on the call.

Turning to the political situation on Capitol Hill, he said on the call that he is “not optimistic Congress do anything this year” to reauthorize the Fixing America’s Surface Transportation or FAST Act.

In terms of Congressional efforts to craft an infrastructure funding bill this year, Sandherr added that he remains “optimistic” but not overly so.

“I choose to be optimistic because it [infrastructure] is an area that naturally encourages bipartisan cooperation. Every infrastructure bill ever passed has done so with broad bipartisan support, for there are no Republican or Democrat bridges and roads,” he explained.

“Democrats talk about the opportunity [infrastructure funding] represents for bipartisanship,” Sandherr stressed. “But do Democrats want to hand President Trump a victory on a signature issue to him a year or two before his re-election campaign? I don’t have the answer to that. The solution is elusive.”