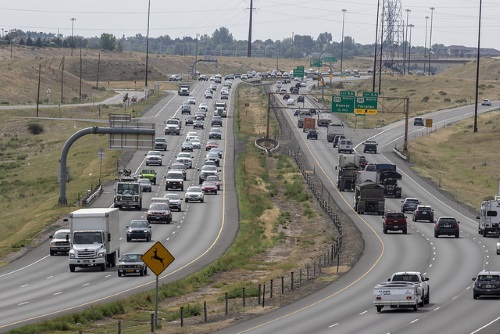 The Colorado Department of Transportation is poised to play a key role in a new transportation electrification strategy initiated by newly-elected Gov. Jared Polis (D).

“Our goal is to reach 100 percent renewable electricity by 2040 and embrace the green energy transition already underway economy-wide,” the governor said in a statement, adding that this particular executive order “will strengthen our economy and protect the wallets of consumers across the state. As we continue to move towards a cleaner electric grid, the public health and environmental benefits of widespread transportation electrification will only increase.”

Three other major steps outlined by Gov. Polis as part of his “zero-emissions” plan include:

Gov. Polis added that Colorado has already taken “significant steps” toward the transition to electrified transportation by offering a $5,000 tax credit for passenger electric vehicles and partnering with the private sector to build fast charging stations along Colorado’s major highways – efforts aimed at helping the state deploy 940,000 EVs on the road by 2030.

The governor also made “clean energy” a cornerstone of his first state budget issued earlier this year.

“We’re going to confront climate change head-on, to ensure that we fully benefit from all of the opportunities associated with being a leader in the quickly growing clean energy economy,” he said. “Our commitment to reaching clean renewable energy by 2040 and advancing the electrification of other sectors will protect the health of our communities, save consumers money, and ensure that the good-paying green jobs of the future are created here in Colorado.”