More Changes to the Ranks of State Transportation Executives 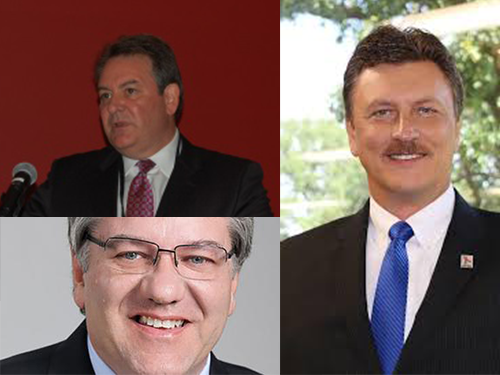 Newly-elected Florida Gov. Ron DeSantis (R) named Thibault to be secretary of FDOT on Jan. 18, selecting him from a list of three finalists. Thibault most recently served as southeast regional senior vice president of transportation engineering and architectural firm TranSystems Corp. and as senior vice president of Parsons Corp., where he worked on tolling solutions and engineered the management of the $2.5 billion Gordie Howe International Bridge in Windsor, Ontario.

Thibault also spent 16 years in several senior leadership positions within FDOT, which highlights his “proven leadership” skills in both “state government and the private sector,” Gov. DeSantis said in a statement.

“One of the most pressing issues facing our state is the need to relieve congestion and continue modernizing our transportation system,” the governor noted. “As he returns to FDOT, I know Secretary Thibault will work hard to achieve the mission of providing a safe transportation system that ensures the mobility of people and goods, enhances economic prosperity and preserves the quality of Florida’s beautiful environment.”

Established in 1986 to provide “greater oversight and coordination to the agricultural activities” of the state government, Oklahoma’s secretary of transportation is a cabinet-level position that advises the Governor on transportation needs and infrastructure policy, while also advising the state’s transportation agencies on new policy directives.

Gatz – who spent more than 20 years of his transportation career at the Oklahoma DOT, serving as the agencies deputy director from 2013 to 2016 – explained in a news channel interview that “safe and efficient transportation infrastructure of all types supports our families, communities, and commerce” and that he “looks forward to a collaborative and innovative role working with the excellent team he [Gov. Stitt] has assembled.”

Finally, Matthew Garrett – a 22-year veteran of the Oregon DOT, with the last 13 spent as its director – plans to resign on or before June 30 this year “to take the next few months to explore the opportunity to do something new,” he explained in a statement on Jan. 18. “It was important to me to provide enough notice to allow time for a search to identify my replacement and provide a smooth transition to the new director.”

“Matt Garrett has driven Oregon forward through his steadfast commitment to improve transportation for his fellow Oregonians, both today and in the future,” added Gov. Kate Brown (D) in a statement.

“He has led Oregon DOT with distinction, guiding the agency through the implementation of a historic transportation package, and we will reap the benefits for decades to come,” she said. “I have deeply appreciated his thoughtful counsel and collaboration and want to extend my gratitude for his service to our state.”