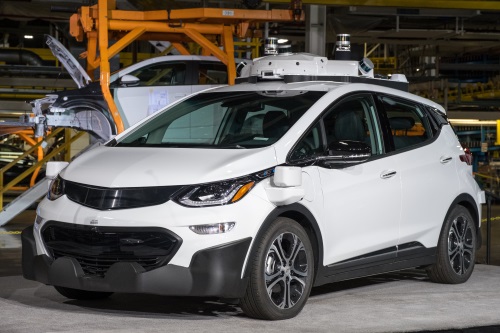 The Texas Department of Transportation plans to form a connected and autonomous vehicle or CAV “task force” that is designed to be a “one-stop” resource for information and coordination on all ongoing CAV projects, investments, and initiatives throughout Texas.

[Above photo by GM.]

“With our world-class universities, top-notch workforce and startup culture, Texas is a national leader in the development of new technologies,” Gov. Abbott said. “As transportation technology advances, the CAV task force will ensure that the Lone Star State remains at the forefront of innovation.”

The creation of the task force is but one ripple effect from legislation he signed in June of 2017 that officially “cleared the way” for automakers to test self-driving vehicles on public roads in Texas.

“Our goal is to further build on the momentum already established with the Texas Technology Task Force and the Texas Innovation Alliance and work with interested parties on the latest and greatest in CAV projects and enhancements,” added TxDOT Executive Director James Bass in a statement. “We look forward to furthering these important efforts as connected and autonomous vehicles become reality.”

He explained that TxDOT “has had a keen interest” in the progress of autonomous vehicles specifically as they “have the potential to greatly reduce crashes and improve roadway safety” while also “providing opportunities to reimagine personal and commercial mobility with quality of life and economic benefits.

For example, TxDOT said CAV technology could enable greater mobility for those who rely on transportation from others to access health care and routine appointments, such as the elderly and people with disabilities.

The agency noted that its new task force will continue to enable companies to pursue innovative ideas around CAV technology “in a business-friendly way.”