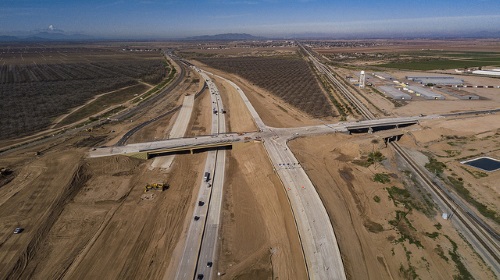 The Arizona Department of Transportation identified four major highway projects in a Jan. 28 statement that it plans to wrap up in 2019; projects designed to improve transportation of both people and goods throughout southern Arizona.

Those four projects are:

[An example of the hazards posed by dust storms can be viewed in the video below.]

Design work is also set to begin by June on what the Arizona DOT is calling its “largest project” of 2019: a $134 million upgrade of State Route 189, which connects the Mariposa Port of Entry with Interstate 19 in Nogales and carries a large share of produce entering the United States.

Planned upgrades include flyover ramps to make a smoother transition between SR 189 and I-19 and a bridge over Frank Reed Road that will improve safety near Nogales High School. The two-year project is expected to be completed in 2021.

In Tucson, construction is scheduled begin this summer on a new interchange at I-10 at Ruthrauff Road. The $101 million, two-year project will be similar to interchange improvements at Ina and Prince roads.

Other major projects the Arizona DOT expects to begin in 2019 include replacing the 70-year-old Pinto Creek Bridge on US 60 east of Superior and repaving a 7-mile section of State Route 95 north of Parker. The agency said bidding for the Pinto Creek work will take place early this year, while paving on SR 95 began earlier this month and is expected to continue until fall.