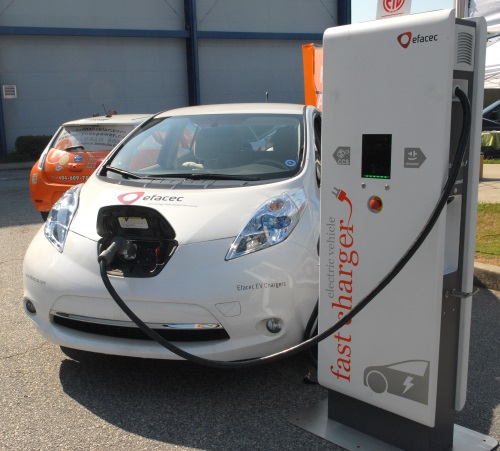 Sen. John Barrasso, R-Wyo., and Rep. Jason Smith, R-Mo., re-introduced a bill on Feb. 6 that Sen. Barrasso initially proffered last October in the waning days of the 115th Congress; legislation that seeks to end electric vehicle federal tax credits while imposing a fee on operators of all alternatively fueled vehicles – be they powered by electricity, natural gas, hydrogen, etc. – that will be collected over the next 10 years and paid into the Highway Trust Fund.

[Above photo by the Department of Defense.]

Specifically, the revived Fairness for Every Driver Act would:

“It’s time to end the electric vehicle tax credit and help rebuild our nation’s infrastructure by ensuring every driver contributes to improving the roads we all use,” said Sen. Barrasso, the chairman of the Senate Committee on Environment and Public Works, in a statement – noting that a Manhattan Institute report estimates that ending the electric vehicle tax credit would save roughly $20 billion in taxpayer funds over the next decade.

“This legislation levels the playing field for all cars across America,” he added. “Gas, electric, and alternative fuel vehicles all use the same roads and put the same amount of wear and tear on those roads. Every driver should contribute to maintain America’s highways.”