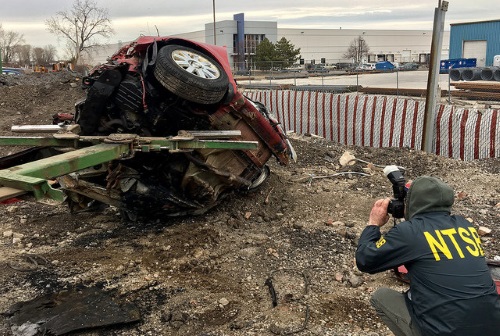 The National Transportation Safety Board unveiled its “Most Wanted List” of transportation safety improvements for 2019-2020 during a press conference in Washington D.C. on Feb. 4; adding calls for the implementation of 46 specific items from a list of 267 open agency safety recommendations over the next two years.

“We at the NTSB can speak on these issues. We board members can testify by invitation to legislatures and to Congress. But we have no power of our own to act,” explained NTSB Chairman Robert Sumwalt during the press event. “We are counting on industry, advocates, and government to act on our recommendations. We are counting on the help of the broader safety community to implement these recommendations.”

The 10 items on the agency’s “Most Wanted Lists” this year are:

Published since 1990, the NTSB said its “Most Wanted List” provides a “roadmap” to focus on implementing the most critical recommendations made the agency.

[Editor’s note: in 2017, NTSB shifted from publishing its list annually to biennially – every two years – to give its advocacy team, partners, and others “more time to move toward implementation” of its recommendations.]

Improvements to highway infrastructure are recommended in NTSB’s fifth-ranked recommendation on its 2019-2020 list as part of an effort to reduce speeding-related crashes, which the agency said kill more than 10,000 people and cost society more than $52 billion annually.