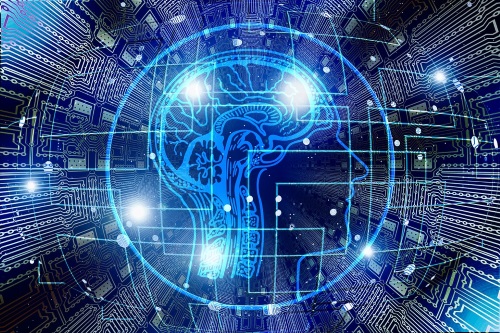 Artificial Intelligence and its impact, in part, on transportation systems became the subject of an executive order issued by President Trump on Feb. 11; an order that seeks to maintain “continued American leadership in AI” to maintain the economic and national security of the United States.

[Above photo via Pixabay.]

Michael Kratsios, deputy assistant to the President and deputy U.S. chief technology officer, noted in an op-ed on Feb. 12 that “as President Trump said in his recent State of the Union address, we must invest in the industries of the future – and few industries are more important than AI. If we do, we can create autonomous cars, industrial robots, algorithms for disease diagnosis, and more. However, we must act now to ensure this innovation generates excitement, rather than uncertainty.”

But to turn those ideas into reality, Kratsios said “we need infrastructure. For AI, that means data, models, and computational resources.”

Under the president’s new initiative, he said federal agencies will identify high-priority federal data and models, improve public access to and the quality of federal AI data, and allocate high-performance and cloud computing resources to AI-related applications and R&D.

“And while we improve our AI infrastructure, we will always maintain security and confidentiality protections,” Kratsios pointed out.

The White House noted in the fact sheet accompanying this new strategy that AI includes technologies that “allow computers and other machines to learn from experience and complete tasks that have traditionally required human intelligence or reasoning” and that such innovations are “quickly transforming American life and American business, improving how we diagnose and treat illnesses, grow our food, manufacture and deliver new products, manage our finances, power our homes, and travel.”

Sen. Roger Wicker, R-Miss., chairman of the Senate Committee on Commerce, Science, and Transportation, noted in a statement that “Artificial Intelligence has great potential to benefit the American people, while enhancing our nation’s security and growing our economy. [This] executive order will ensure that the United States remains a leader in emerging technologies and scientific development. I look forward to working with the President to guarantee AI is fueled by American innovation, while protecting consumer data privacy and American values.”

Such concerns are becoming more acute in the transportation industry as AI is expected to “automate” many jobs, replacing human workers.

A Brookings Institution report issued Jan. 24 indicated that the “most vulnerable jobs” for replacement by automation and/or AI-based systems are those in office administration, production, transportation, and food preparation. The group added such jobs are deemed to face “high risk” over the next decade with more than 70 percent of their tasks potentially “automatable” – all of these either involve routine, physical labor or information collection and processing activities.

“Almost no occupation will be unaffected by technological change in the AI era,” the group said in its report. “Automation will take place everywhere, but its inroads will be felt differently across places, varying with local industry, task, and skill mix.”