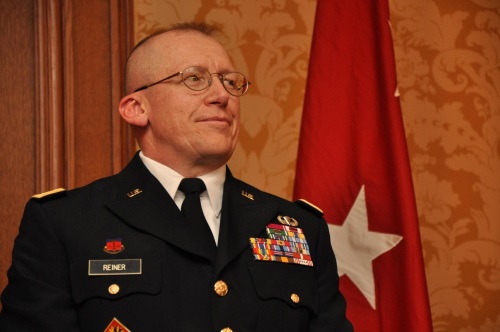 Major General Luke Reiner – currently Wyoming’s Adjutant General in charge of the 3,000-member Wyoming Military Department – is set to become the next director of the Wyoming Department of Transportation, following his formal appointment by Gov. Mark Gordon (R) on Feb. 20.

He began his military career in 1982 as an enlisted soldier in the Nebraska Army National Guard, relocating to Cheyenne in 1997. He assumed command of the Wyoming National Guard on April 1, 2011, and attained the rank of major general in May 2013.

Gen. Reiner – who will retire from the U.S. Army on March 31 – was selected from a pool of three candidates nominated by the Wyoming Transportation Commission to replace Bill Panos, the agency’s director for the past two years, who is stepping from his position at the end of February.

“Luke Reiner brings to the job a wide breadth of leadership and organizational experience stemming from over 36 years of military service, as well as his years working in the private sector,” Gov. Gordon said in a statement. “I’m confident that his strong management skills will be an asset to the state.”

“I thank Governor Gordon and the Transportation Commissioners for their faith in me and for the opportunity to continue to serve,” Gen. Reiner added. “And I certainly look forward to working with the men and women who man the Department of Transportation as they perform their critical missions across our state.”

Named “Person of the Year” by the Greater Cheyenne Chamber of Commerce in 2017, Gen. Reiner noted at the time that “it is a true privilege to serve with and for the men and women who protect this nation. I’m lucky to be part of the Cheyenne community because it’s absolutely a great community. I wouldn’t live anywhere else.”