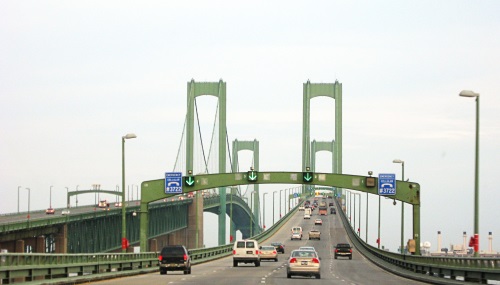 The new toll rate for passenger cars and small trucks will increase by 20 percent to $5 on May 1, the DRBA said, while commercial vehicles will pay $2 more per axle.

The toll hike is expected to generate an extra $32 million in annual toll revenue, as roughly 36 million vehicles cross the twin spans of the bridge every year, noted Gov. Murphy in a statement.

“This proposal allows us to invest in the Delaware Memorial Bridge to keep it in good-repair [and] ensure the safe passage of travelers from New Jersey and Delaware, while addressing the commuting costs of our residents, critical goals shared by both states,” he said.

“Discussions on a path forward were positive and constructive and I’m pleased we were able to find common ground,” added Gov. Carney in a statement. “With additional revenue, the Delaware River and Bay Authority can now proceed with many vital infrastructure investments at Delaware Memorial Bridge and Cape May-Lewes Ferry that otherwise would have been delayed or postponed indefinitely.”