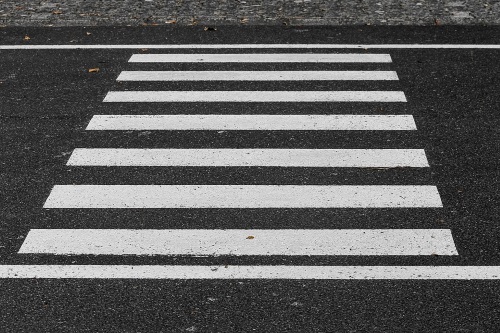 A new report issued by the Governors Highway Safety Association on Feb. 28 projects that pedestrian fatalities will number 6,227 in 2018; a 4 percent jump from the 5,977 pedestrian deaths recorded in 2017 and the highest number in nearly three decades.

[Above photo via Pixabay.]

For this report, the group said in a statement that it asked state highway safety offices in all 50 states and the District of Columbia to report pedestrian fatalities for the first six months of 2018. Then Richard Retting of Sam Schwartz Consulting analyzed that raw data, adjusted it based on historical trends, then made the full-year 2018 fatality prediction from it, GHSA noted.

GHSA’s report also identified what it called a number of “promising lessons” from state-reported data. For example, 23 states saw declines in pedestrian fatalities for the first half of 2018 compared to 2017, with six states reporting double-digit declines and three reporting consecutive years of declines.

Additionally, sharp decreases in pedestrian fatalities in some cities suggest that state-level data may obscure “local success stories” as well, the group said.

State departments of transportation are also engaging in an array of efforts to improve pedestrian safety.

In November last year, the Hawaii DOT wrapped up a nearly one-month effort to install “gateway in-street” sign treatments at four intersections along Pali Highway in Nuuanu as part of a pilot project to determine if such “treatments’ can help protect pedestrians in “non-signalized” crosswalks.

[The American Association of State Highway and Transportation Officials’ Council on Active Transportation conducted a free one-hour webinar on bicycle and pedestrian project planning In January this year, which can be accessed here.]

The Massachusetts DOT rolled out a comprehensive plan last July to help guide future capital investments in pedestrian infrastructure, as well as to advise and assist municipalities looking to improve local “walkability.”

“Municipalities are especially important partners because the vast majority of roadways (80 percent) and sidewalks (92 percent) in Massachusetts are under local ownership and control,” noted Stephanie Pollack, secretary of transportation for Massachusetts and MassDOT’s CEO. “Together, MassDOT and the municipalities of the Commonwealth can ensure that people in Massachusetts have safe, accessible, and connected walking routes.”