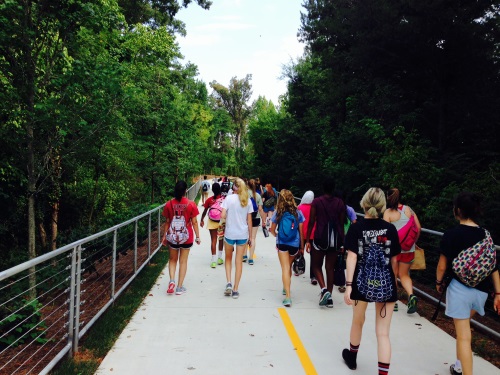 From now until April 12, states can nominate up to three projects for the 2019 America’s Transportation Awards; a program in its 12th year that helps showcase why transportation infrastructure – and why properly funding it – is vital to supporting the nation’s economy while improving quality of life for its citizens.

Projects can be nominated in the following categories: Operations Excellence, Best Use of Technology & Innovation, and Quality of Life/Community Development.

All nominated projects will first compete on a regional level against projects of their own size: “Small” (projects costing less than $25 million), “Medium” (projects between $25 million and $199 million) or “Large” (projects $200 million or more).

After all regional meetings have taken place over the summer, the three highest scoring projects from each region will be named the “Top 12” and will go on to compete for the top two national prizes. The Grand Prize is selected by a panel of judges, and the People’s Choice Award is decided by online popular vote. Winners of those top two prizes will each receive $10,000 to donate to a charity or scholarship of their choice.

AASHTO, AAA, the U.S. Chamber of Commerce will be holding a webinar on Thursday, March 7, for state DOT officials to learn more about the nomination process, which includes the rules of the competition, how to navigate the online nominations portal, important deadlines, what makes a successful nomination, and other important details you need to know to have a winning project.

Registration for the March 7 webinar is available by clicking here.