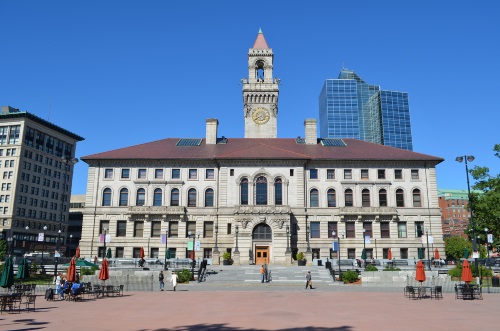 An eight-page report issued in mid-February indicates Massachusetts faces an estimated $8.4 billion transportation funding gap over the next 10 years to keep the state’s bridges, roads, and public transit infrastructure in a state of good repair.

[Above photo by the Massachusetts Office of Travel and Tourism.]

That report – issued by the business advocacy group A Better City and prepared in consultation with the University of Massachusetts Donahue Institute’s Economic & Public Policy Research Group – added that a vehicle miles traveled fee of 1.31 cents per mile could raise $8.8 billion alone, with an increased surcharge on Uber and Lyft rides generating over $800 million in the next decade.

“Many other combinations of carbon pricing and smarter tolling could be solutions to our current transportation needs,” the group added.

Based on published Massachusetts Department of Transportation data and historical growth factors projected into the future, the report does not address any major expansion projects beyond the agency’s current budget plans and uses “methodologies” in the state’s 45-page Transportation Finance Commission report issued in 2007.

The report noted that the Massachusetts Bay Transportation Authority would likely need to increase its own borrowing by 2024 to adequately reach their “state of good repair” needs.

“As a warning, this new borrowing will contribute to large operating budget deficits at the MBTA for each year over the 10-year period and may impact resources available to address pension fund deficits,” it said.