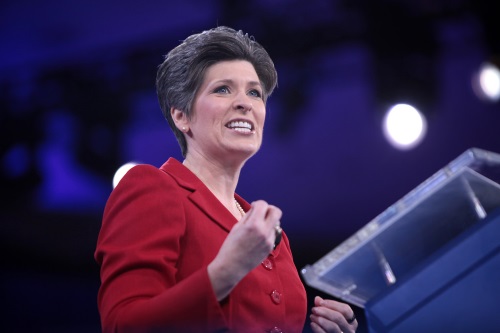 On the heels of the Federal Railroad Administration pulling back funding for California’s high-speed rail project, Sen. Joni Ernst, R-Iowa, (seen above) has introduced a bill to require full public disclosure of the cost and timeline of government-funded projects that are over budget and behind schedule.

[Above photo by Gage Skidmore.]

Dubbed the “Billion Dollar Boondoggle Act,” the bill would require Office of Management and Budget to submit an annual report to Congress listing every government-funded project that is $1 billion or more over budget or five years or more behind schedule. It would also require:

“Identifying projects that are significantly over budget or behind schedule allows Congress and federal agencies to better manage taxpayer dollars and prevent bigger boondoggles,” Sen. Ernst said in a Feb. 26 statement.