FTA Signs Off on SSO Programs in Three More States 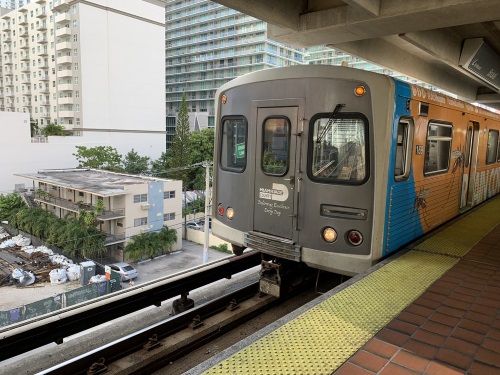 [Above photo of the Miami Dade Transit Metrorail by Phillip Pessar.]

The FTA noted in a statement that federal law requires states with rail transit systems to obtain certification of their SSO programs by April 15 this year – a deadline that “cannot be waived or extended” – but that with certification of those three programs, 30 states have now achieved 30 certifications.

“We have worked very closely with the states so now 30 of 31 certified ahead of April 15 deadline,” K. Jane Williams, FTA’s acting administrator, noted during remarks at the American Association of State Highway and Transportation Officials 2019 Washington Briefing last week. “We expect the last one, Metrorail, to be certified well before deadline.”