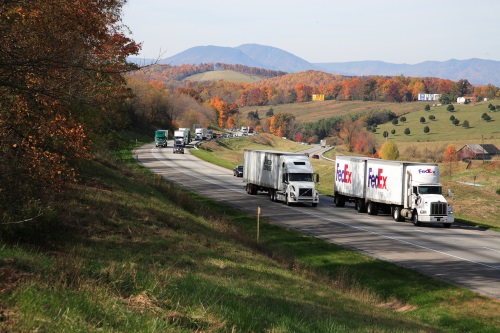 A 44-page report issued by the National Association of Manufacturers notes that U.S. investment in infrastructure is now one-third of what it was in 1960; an inadequate level the group believes will lead to the loss of 5.8 million jobs by 2040.

“Infrastructure investment means jobs. It means safer families, better commutes and faster shipments. Manufacturers want to see a game-changing investment in infrastructure because we know that America’s economic competitiveness depends on it,” explained David, NAM’s chair and the chairman and CEO of Fluor Corp., in a Feb. 28 statement. “For too long, we’ve depended on the investments of the last generation. Now is the time to build for the future—to build for the next generation and to ensure America never again falls behind.”

He added that NAM’s report – entitled “Building to Win” – highlights the consequences of infrastructure “underinvestment” in a myriad of ways.

“Roads are crumbling. Bridges are failing. Ports, waterways, airports, and runways are clogged and congested. The electric grid is strained, our water pipes are deteriorating, and we lack the pipelines needed to deliver reliable energy supplies,” Seaton said. “Making needed investments in a targeted, substantial way will ensure that America can remain a nation that creates and makes its future, thereby shaping our own destiny and enhancing our standard of living for decades to come.”

NAM’s report recommends an “injection” of $1 trillion in infrastructure investment funds, which it said would create 11 million jobs. The group also advocated for more permanent resolution of long-standing fiscal issues, such as “creating a reliable, user-based, long-term funding stream” for highway projects.

Other areas targeted in NAM’s infrastructure report include: