New Jersey Transit to get Funding Infusion from Governor’s Budget 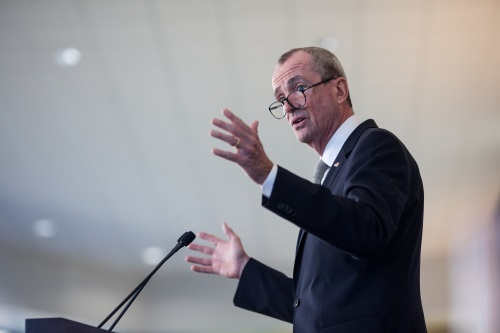 As part of the $38.6 billion spending plan unveiled by New Jersey Gov. Phil Murphy (D) (seen in photo above) on March 5, which includes a 1.7 percent increase in overall spending funded in part by the imposition of a “millionaire’s tax” estimating to bring in an extra $447 million, the New Jersey Transit agency is expected to get a $100 million funding increase

“Let’s be absolutely clear,” Murphy said. “This is not a tax that will be paid by anyone in the middle class. Period. Full stop. But it is revenue.”

The governor noted his budget will provide $407 million in general fund support to NJ Transit; a $100 million increase that will replace $75 million in “fund diversions” in addition to providing $25 million in new direct funding.

“This keeps NJ TRANSIT on the path to being the turnaround story of the nation, it keeps rebuilding the ranks of professionals needed to keep our system running, and, most importantly, it keeps improving service to our commuters,” he said.

As part of his proposed budget for the fiscal year that begins July 1, Gov. Murphy is also making some adjustments to the current year’s budget due to the higher-than-anticipated cost of winter operations – asking for an additional $55 million above the budgeted $10 million as the cost of clearing snow and ice from the roads, as well as deicing chemicals and sanding operations, is expected to top $65 million.