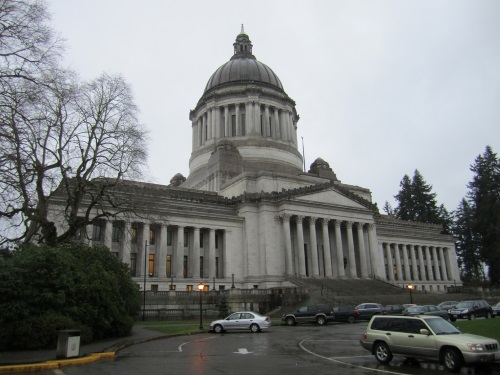 A draft bill issued March 1 and being debated by the Washington State legislature would increase the motor vehicle fuel tax by 6-cents per gallon and boost vehicles registration fees – especially for electric vehicles.

[Above photo of the Washington State capital building by SounderBruce.]

If passed, the fuel tax hikes and higher fees would be imposed starting July 1. They include: