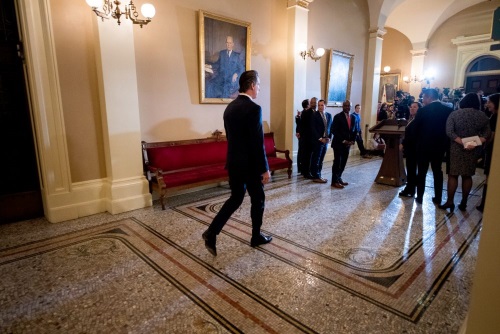 As part of a $1.75 billion proposal issued by California Gov. Gavin Newsom (D) on March 11, transportation funding would be “linked” to city and county housing goals – meaning that local street and road monies would be withheld “from any jurisdiction that does not have a compliant housing element and has not zoned and entitled for its updated annual housing goals.”

[Above photo by Kelly Grow/California Department of Water Resources.]

The governor said in a statement that this effort to “modernize” and “make more comprehensive” California’s long-term housing goals, known as Regional Housing Needs Allocations (RHNA), would begin on July 1, 2023, if approved by the legislature.

“Our state’s affordability crisis is undermining the California Dream and the foundations of our economic well-being,” said Gov. Newsom. “Families should be able to live near where they work. They shouldn’t live in constant fear of eviction or spend their whole paycheck to keep a roof overhead. That’s increasingly the case throughout California.”

This proposal includes $1 billion in tax credits and loans to spur low, mixed, and middle-income housing production through separate legislative and budget proposals, the governor noted, along with $750 million in support and incentives to help jurisdictions plan and zone for “higher housing” targets.

The transportation funds that would be linked to this effort come from California’s Senate Bill 1, the Road Repair and Accountability Act of 2017, which is expected to generate $54 billion over the next decade from increased motor fuel taxes and other fees to fix roads, freeways and bridges as well as boost transit and safety funding – money that is being “split equally” between state and local investments.