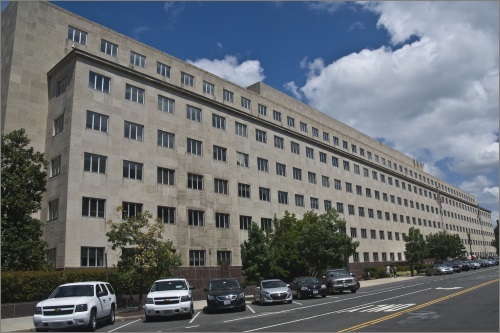 The U.S. Government Accounting Office recommended in a March 11 report that the U.S. Department of Transportation take steps to “reform” its Build America Bureau organizational structure, as it “lacks a plan” to guide its ongoing and future efforts.

[Above photo of GAO headquarters.]

While the GAO report said the Bureau “quickly addresses issues to decide when to advance projects through the process,” it “lacks a plan to guide ongoing and future efforts” as well as “performance indicators” to assess its progress.

“Without these tools, the Bureau may face difficulties prioritizing work to carry out other responsibilities and maintaining momentum throughout continued implementation efforts and any future changes in leadership and staff,” the GAO noted.

On top of that, while the Bureau has taken steps to improve and streamline the application evaluation process, it does not have a mechanism to assess how well the process works – including what does and does not work well. TIFIA and RRIF loan recipients GAO said it interviewed provided “mixed reviews” on the Bureau’s application evaluation process, including the length of the process and changes to requirements or terms for a loan.

For example, GAO said loan recipients noted the Bureau took “longer than it had estimated” to procure external advisors to help conduct its evaluation of applications, with such “delays and uncertainty” leading to cost increases for two projects and construction delays for one project.

GAO added that while the Bureau provided a “clear rationale” for decisions to advance or approve projects in the TIFIA and RRIF programs, it did not do so for the PAB program.