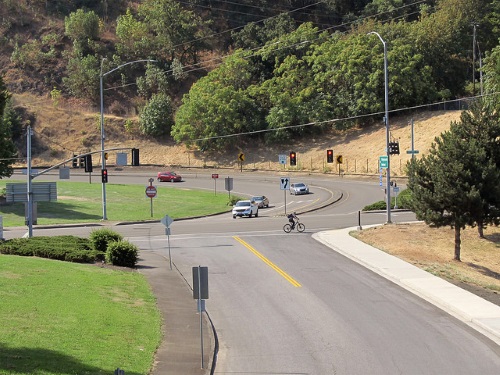 NLC explained in a statement that a RUC system, also referred to as a vehicle miles traveled or VMT tax or a mileage based user fee or MBUF system, would charge a driver for their use of a roadway on a per-mile basis – typically replacing the tax on motor fuels.

[Editor’s note: The BATIC Institute: An AASHTO Center for Excellence will host a one-hour free webinar later on March 27 to provide insight into RUC programs from a state-level perspective. Click here for more information.]

The group added that its report – called Fixing Funding by the Mile: A Primer and Analysis of Road User Charge Systems – explores how RUC systems can become “practical funding alternatives” for transportation mobility, analyzes the technology supporting such per-mile systems, and reviews a variety of ongoing pilot programs; all while detailing the potential advantages and barriers to implementing a RUC program in the U.S.

Support for RUC systems has been growing of late. At the American Association of State Highway and Transportation Officials 2019 Washington Briefing held in late February/early March, several Congressional leaders voiced their support for eventually replacing the current fuel tax with a VMT fee system.

And in December last year, a consensus study report issued by the National Academies of Sciences, Engineering, and Medicine recommended that VMT fees be part of the “future funding discussion” to support the needs of the U.S. interstate system, which that group said requires an annual investment of $57 billion.

NLC noted in its report that, in 2016, 3.2 trillion miles were driven on U.S. roads and that autonomous vehicle technology, app-based mobility models, and the promises of “smart city connectivity” now make per-mile fee systems more practical for the future. On top of that, fuel tax revenues that have traditionally funded infrastructure projects are projected to drop steadily with the advent of electric vehicles. By 2025, NLC noted, 14 percent of road vehicles could be electric.

“The mobility landscape is changing: Driverless cars, electric vehicles, e-scooters and even robots are coming to our streets. But we still haven’t fixed our nation’s infrastructure,” stressed Brooks Rainwater, senior executive and director for NLC’s Center for City Solutions, in a statement. “We all deserve safe roads and bridges.”

“Having safe, reliable infrastructure is a priority for every single local leader,” added NLC President Karen Freeman-Wilson – mayor of Gary, IN – in a statement. “Investing in infrastructure means investing in the people in our communities. By piloting new technologies like road user charge systems, local leaders have the opportunity to find ways to sustainably and equitably fund infrastructure.”