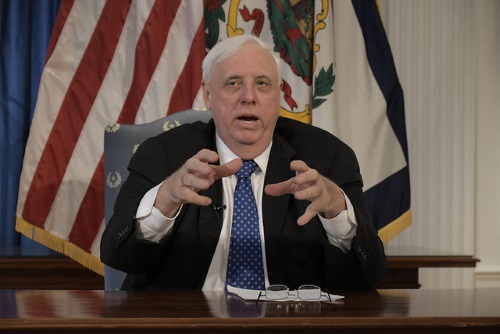 Gov. Jim Justice (R) unveiled a plan March 13 to make road maintenance the “main focus” for the West Virginia Division of Highways moving forward and named Byrd White – a commissioner for Raleigh County West Virginia and a longtime business associate of the governor – as acting secretary of transportation.

[Above photo by the West Virginia Governor’s Office.]

“We’re going to get back to the basics,” Gov. Justice said during a press conference. “The Division of Highways is, at its core, a maintenance organization; and maintenance will be our first priority.”

The focus on road maintenance will begin immediately, with Gov. Justice noting that the DOH will begin a spring and summer statewide paving and resurfacing program, which will include a combination of contracted work as well as work done by DOH crews using state equipment.

He added that those “re-purposed funds” will also allow the state’s highway agency to hire over 100 temporary employees to supplement its maintenance workforce as well as buy new equipment.

Gov. Justice said his plan will also address “existing issues” with West Virginia’s secondary roads system. And, in addition to patching potholes and fixing slips on secondary roads across the state, he said there will also be a focus on preventative maintenance, as crews will also complete piping and ditching work to allow proper water flow near the roads in order to “mitigate future damage.”

“I told the people of this state we were going to fix the damn roads,” Gov. Justice said. “I haven’t changed my philosophy in any way, shape, form or fashion. I’ve said from day one, it’s a crying pitiful shame the shape of our secondary roads and we need to do something about it.”