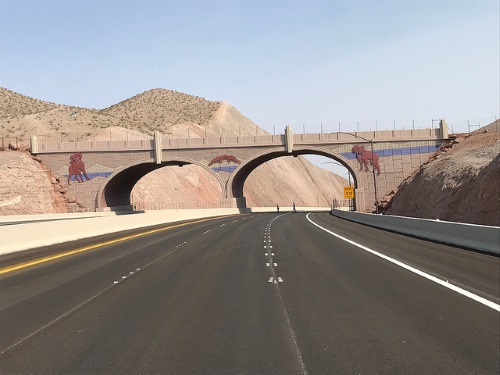 [Above photo by FHWA.]

FHWA’s latest “Traffic Volume Trends” report also showed that 2018 is the fifth year in a row to top 3 trillion VMT.

“Record-setting vehicle-miles traveled reflects a robust economy, lower gas prices and is another reason to ensure that America’s roads and bridges are well-maintained and modernized to improve safety,” noted U.S. Department of Transportation Secretary Elaine Chao in a statement.

The rise in VMT is also occurring simultaneously with a decrease in highway fatalities. The National Highway Traffic Safety Administration noted in October last year that highway fatalities dropped by 673 or almost 2 percent when compared to 2016’s figures, even as VMT increased 1.2 percent from 2016 to 2017.

However, if those trends held throughout the year, experts forecast fatalities will total just over 34,000 for all of 2018.