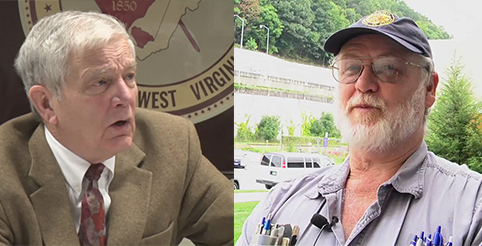 Gov. Jim Justice (R) officially appointed Byrd White III (above left) secretary of the West Virginia Department of Transportation on March 26, while naming Jimmy Wriston (above right) as both acting commissioner of the West Virginia Division of Highways and WVDOT deputy secretary. Both are being tasked to carry out the governor’s push to make repairs to secondary roads across the state.

“It is my number one priority to get all our roads across the state in top shape as quickly as is reasonable and feasible to do,” Gov. Justice said in a statement. “Byrd completely understands my directive and I am confident that he will carry this out professionally and efficiently.”

He added in a separate statement that “Jimmy [Wriston] is another person I’m going to rely on to get all our roads across the state in top shape,” describing Wriston as “the kind of person that gets the job done, plain and simple. He knows what needs fixed and I’m confident he’ll make sure it gets done fast and it gets done right.”

A long-time certified public accountant, White also served as recorder-treasurer for the city of Beckley, WV, and most recently as Raleigh County Commissioner – a post White resigned from to take on his new duties at WVDOT.

Wriston is a 24-year WVDOT veteran who spent the last 12 years as the department’s chief transportation engineer and special program manager.

They’ll both help direct Gov. Justice’s effort to fix secondary roads most in need of maintenance, based on an extensive list recently compiled at the governor’s direction by division of highways district managers and county supervisors across West Virginia.