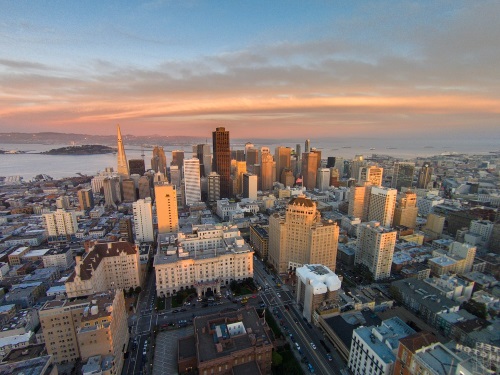 An annual survey conducted by the Silicon Valley Leadership Group found that 44 percent of those polled in the five counties making up the San Francisco Bay Area said they are likely to move out in the next few years – with traffic congestion cited as one of the major reasons driving them away.

[Above photo of San Francisco via Pixabay.]

The group said, among those contemplating a move in its poll, some 77 percent blamed high housing costs, 76 percent cited the high cost of living, 51 percent pointed to traffic congestion, 45 percent blamed quality of life, with high taxes cited by 41 percent.

“We need to take big, bold, transformative steps before we lose the talented people who keep the engine of Silicon Valley, and our innovation economy, running,” said Carl Guardino, president of the Silicon Valley Leadership Group, in a statement on March 25.

He added that the group’s poll, conducted in partnership with the Bay Area News Group and FM3 Research, surveyed 1,568 potential voters in Alameda, Contra Costa, San Francisco, San Mateo and Santa Clara counties from February 14 through 24.

Guardino noted that the “perceptions” of what currently ails the Bay Area is fairly consistent across those counties, with 83 percent saying the cost of housing is the most serious problem, followed by cost of living at 81 percent, homelessness at 79 percent, traffic congestion at 76 percent, and the increase in wildfires at 70 percent.