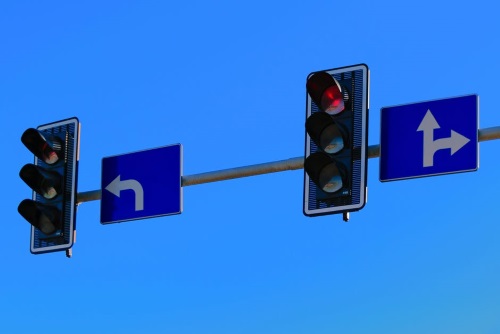 Eight state departments of transportation were among the recipients of $53.2 million in Advanced Transportation and Congestion Management Technologies Deployment or ATCMTD grants issued April 1 by the Federal Highway Administration.

[Above photo via Pexel.]

The agency also released $25 million in “quick release” Emergency Relief funds to Nebraska on April 4 to help the state repair roads and bridges damaged by historic flooding that swept across the Midwest starting in mid-March.

Created by the Fixing America’s Surface Transportation or FAST Act in 2015, FHWA said the ATCMTD grant program aims to fund “early deployments” of “cutting-edge technologies” that can serve as national models to improve travel for commuters and businesses.

The 10 projects receiving ATCMTD grants this year encompass a wide range of offerings, FHWA said in a statement; from an advanced real-time traveler information and integrated corridor management system to vehicle communications technologies designed to “pave the way” for connected and autonomous vehicles or CAVs.

Along with the eight state DOT projects receiving ATCMTD grants, the FHWA issued an $8 million award to California’s Contra Costa Transportation Authority for the Bay Area Mobility-On-Demand or MOD project that aims to create a “one-stop shop” to provide travelers with the cost and travel times associated with “multiple transportation options” based on point of origin and destination.

That program – which involves multiple agencies – aims to deploy camera, communications, sensor, and data-collection technologies on roadways in and around Tuscaloosa to improve “travel reliability” while “enhancing efficiency, capacity, and safety” on the region’s road network, the agency said.

Meanwhile, FHWA noted that the $25 million in “quick release” funding it is providing the Nebraska Department of Transportation will be used to pay for the repairs done to restore essential traffic and prevent additional damage at locations impacted by severe flooding. An initial estimate of damage caused by the “bomb cyclone” that struck the Midwest tops $160 million – more than half the state’s annual apportionment of federal-aid funds – and is expected to climb as additional damage assessment information is received.

The agency added that, to date, 69 of Nebraska’s 93 counties are reporting “substantial flood damage” and that nearly 190 highway miles are estimated to be in need of significant repair, as well as 27 state bridges – including seven that will need major repair and six that must be entirely replaced.