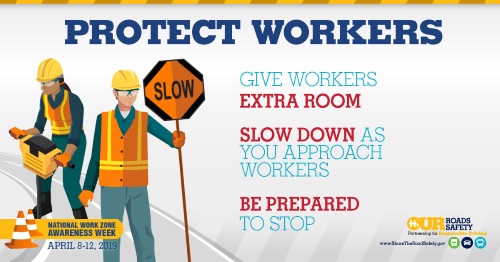 According to Federal Highway Administration statistics, 799 motor vehicle drivers, passengers, bicyclists, and pedestrians were killed in work zone crashes in 2017, which includes 132 highway workers. Reducing those fatalities is the purpose behind National Work Zone Awareness Week, which is being held April 8-12 this year.

The campaign’s national kick-off event will take place on April 9 at 11 a.m. in Washington, D.C., at the Frederick Douglass Memorial Bridge. Hosted by the DDOT, the event will feature remarks from DDOT Director Jeff Marootian and FHWA Deputy Administrator Brandye Hendrickson.

State departments of transportation are also launching work zone safety campaigns of their own.

[The Louisiana Department of Transportation and Development put together a video as part of its work zone safety campaign.]