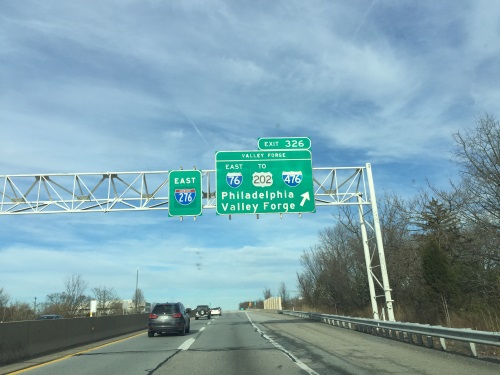 [Above photo of the Pennsylvania Turnpike via Wikimedia Commons.]

Issued in late March, the report noted that southeast Pennsylvania generates 41 percent of the state’s total economic activity and is home to 32 percent of its population on just 5 percent of its land – a level of population density and economic productivity that requires as a “high-capacity transit system to keep the region moving.”

The report in particular looks at the growing fallout from Act 44 of 2007, which requires the PTC to provide PennDOT with $450 million annually for highways, bridges, and public transit, with Act 89 of 2013 modifying the payments to dedicate the full amount to public transit.

In 2022, the report indicates PTC payments to PennDOT for transit will be reduced to $50 million and thus “making it clear that the state’s current system for financing transit statewide, which is heavily dependent on turnpike tolls, is increasingly at risk.”

The report added that the PTC also “needs to provide relief to its customers from excessive toll hikes” while allowing it to “make critical investments in new interchanges to power economic growth across our entire commonwealth.”

To that end, the report makes two recommendations: to secure more statewide public transportation funding to ease the PTC’s need for future toll increases while ensuring stable funding for public transportation, then passing enabling legislation to allow the new local revenue sources to be invested in projects to accommodate and accelerate regional growth.

Meanwhile, the PTC and Port Authority of Allegheny County are conducting a similar study for southwestern Pennsylvania, which is expected to be complete later this spring.