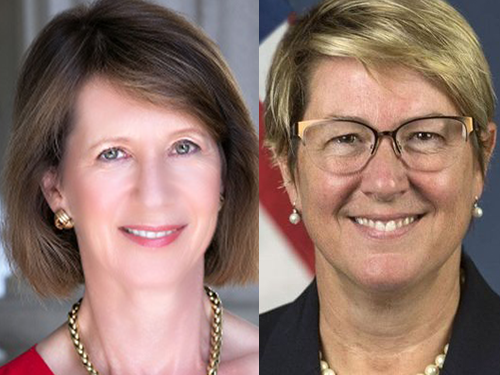 The U.S. Senate Committee on Commerce, Science, and Transportation re-approved five transportation nominees on April 3 that the Trump administration originally forwarded in January, all by a vote of 14 to 12. They include:

President Trump originally nominated Furchtgott-Roth to be assistant transportation secretary for research and technology in September of 2017.

Most recently a senior fellow and director of Economics21 at the Manhattan Institute for Policy Research and an adjunct professor of economics at George Washington University, Furchtgott-Roth previously served in the federal government as: chief economist of the U.S. Department of Labor; chief of staff of the President’s Council of Economic Advisers; deputy executive director of the Domestic Policy Council; and junior staff economist at the Council of Economic Advisers.

King, who has served as NHTSA’s acting director for the last 17 months, faced heavy opposition to her nomination last year as Democratic Senators on the committee opposed her over the pace of the Takata airbag recall effort.

“NHTSA needs to be on the front lines of detecting serious vehicle defects and issuing recalls – and this has been an area lacking at NHTSA,” noted then-Ranking Member Sen. Ben Nelson, D-Fla., during King’s 2018 confirmation hearing. Sen. Nelson lost his bid for re-election in November that year.