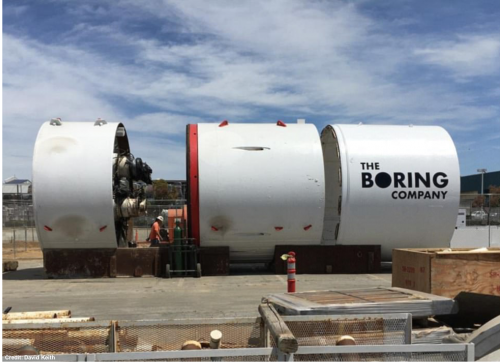 [Above photo by The Boring Company.]

That draft is now open to a 45-day public comment period and final governmental approvals will depend on the outcome of the review and comment process, alongside any “subsequent modifications,” the agencies noted.

The proposed project would consist of twin underground tunnels approximately 35 miles in length between the two cities which in part would follow the right-of-way under the Baltimore Washington Parkway, USDOT said in a statement, with the proposed Loop station terminals located on New York Avenue northwest of Union Station in Washington, D.C., and in the Camden Yards area in downtown Baltimore.

USDOT Opens Up Next Round of RAISE Grants