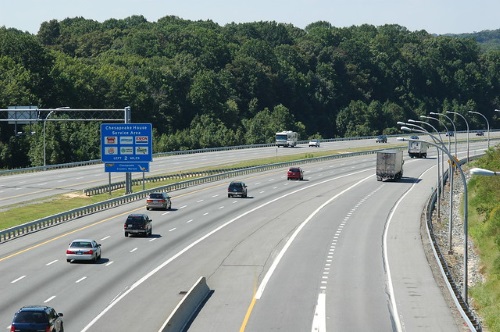 During a press event on April 17, the Maryland Department of Transportation said that total traffic fatalities declined 8.5 percent year-over-year for the state, with deaths due to vehicles crashes dropping to 511 in 2018 compared to 558 in 2017. The 2018 tally is also lower than the 522 traffic fatalities reported for 2016, noted Maryland DOT Deputy Secretary Jim Ports in a statement.

[Above photo by the Maryland DOT.]

“While this decrease in fatalities is a step in the right direction … every death on our roadways is preventable,” he explained during the Maryland Highway Safety Summit.

That annual meeting of stakeholders, policy makers, advocates, and transportation agency leaders helps fine-tune Maryland’s Strategic Highway Safety Plan, which is a five-year program that aims to cut the number of traffic fatalities and serious injuries in half by 2030.

The plan provides a framework to address major areas of traffic safety: aggressive, impaired and distracted driving, highway infrastructure, seat belt use, and pedestrian and bicyclist safety. The four “Es” – education, engineering, enforcement and emergency medical services – are the foundation of those lifesaving efforts, the agency added.

However, each year, the Maryland DOT said the “same behaviors are the primary causes of injuries and fatalities” on the state’s roadways: failing to wear a seat belt, impaired driving, speeding and distraction.