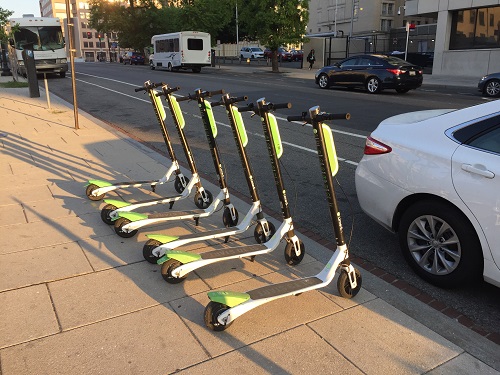 According to an annual shared micro-mobility report compiled by the National Association of City Transportation Officials and released on April 17, more than twice as many shared bicycle and e-scooter trips were taken in 2018 – 84 million – compared to 2017. The group noted that 36.5 million of those “micro-mobility” trips were taken on station-based bikes – an increase of 9 percent from 2017 – with only 9 million trips taken via dockless shared bikes, while another 38.5 million trips were taken via shared e-scooters.

“Shared micro-mobility has the opportunity to be a game-changer for those without the means, ability, or desire to maintain a private vehicle,” said Nicole Payne, NACTO’s program manager, in a statement. “When cities, system operators, and communities plan together, cities can ensure the best outcomes for their residents: providing truly reliable, affordable, and easy-to-access transportation, expanding access to opportunity.”

However, Kate Fillin-Yeh, NACTO’s director of strategy, stressed that “managing the many new shared vehicle types on city streets is a challenge,” pointing out that “the data cities receive from vendors can be spotty, complicating efforts to regulate systems or make good policies. Much of the equipment is new and largely untested at scale and the market is changing rapidly, with an uncertain financial outlook.”

Other findings from NACTO’s 2018 shared micro-mobility report include: