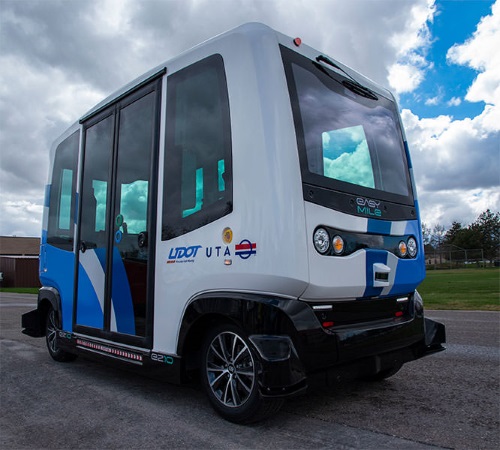 The Utah Department of Transportation and the Utah Transit Authority are joining forces on two projects: a 29-mile express bus service proposal to meet transit needs in the Mountain View corridor along with a one-year pilot test of an autonomous shuttle bus service.

The two agencies are also jointly managing a one-year autonomous shuttle bus pilot program that will go on a statewide “tour” starting in May. The shuttle operates up to 15 miles per hour, follows a predetermined route, and reacts in “real-time” to other vehicles, pedestrians, and any obstacles that intervene in its path.

This Utah DOT noted that this autonomous shuttle will move to different communities throughout Utah over the course of a year to obtain public feedback about the technology.