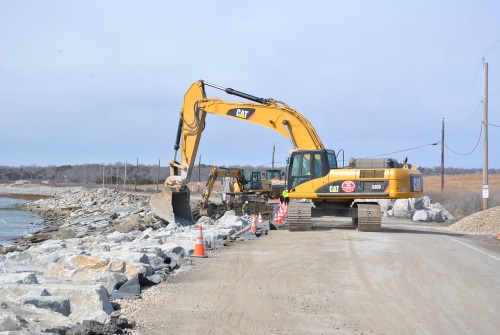 The Rhode Island Department of Transportation said it will be directing 77 active projects with a combined value of $715.6 million during its 2019 construction season. Those projects include a combination of repair, replacement, and preservation activities on 177 bridges, the agency added.

“We have more construction happening on our roads and bridges than at any time in RIDOT’s history, and people are seeing the improvements, the strides we are making,” RIDOT Director Peter Alviti, Jr. said in a statement on April 19. “This 2019 construction season will be another major down payment on our comeback story to deliver a safe, high-quality transportation system.”

Other highlights of the 2019 construction season include:

The agency is also being encouraged to examine the feasibility of building a high-speed, high-frequency rapid rail transit service using self-propelled electric multiple unit trains along the Northeast Corridor Main Line as well as an electrified freight track and rail siding.

A 17-page concept paper issued by advocacy group Grow Smart RI in March indicates that transit ridership in Rhode Island is currently less than half of the national average, despite the fact that it is the second most urbanized state, is bisected by the most heavily-traveled rail corridor in the country and is home to multiple colleges and universities.

“Reversing this trend and getting our transit system to really work for Rhode Island will require that it compete more effectively with trip times by automobile,” the group said. “In regions with relatively low population growth, like Rhode Island, the best way to grow the labor

force is by improving worker mobility. By minimizing commuting times, more people can gain access to a wider range of jobs, and businesses become more productive when they can draw from a larger pool of workers.”

The rapid rail concept being pitched to RIDOT also calls for reorganizing RIPTA’s bus network away from its current “radial system” in favor of a network organized around regional bus hubs at rapid rail stations that leverages the speed of a dedicated right-of-way along the Northeast Corridor.