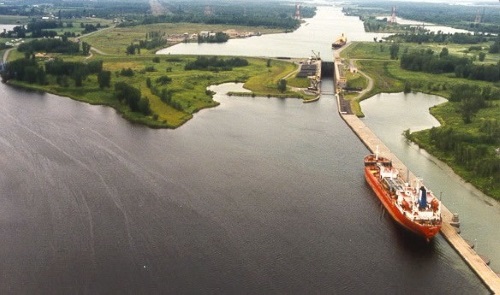 The St. Lawrence Seaway, the binational waterway that connects the Atlantic Ocean to the Great Lakes, turned 60 years old in April – an occasion highlighted in a blog post by Craig Middlebrook, deputy administrator of the Saint Lawrence Seaway Development Corp.

The seaway specifically covers approximately 2,500 miles between the Atlantic and Duluth, Minnesota, on Lake Superior, and owes its name to the St. Lawrence River flowing along that route between Lake Ontario and the Atlantic.

“The Great Lakes economy is a powerhouse on an international level. With a GDP [gross domestic product] of $6 trillion, the Great Lakes region would be the third largest economy in the world if it were a country,” he said. “State and local economies in Minnesota, Wisconsin, Illinois, Michigan, Indiana, Ohio, Pennsylvania, and New York are benefiting from the surge in shipping in the St. Lawrence Seaway.”

He added that 2019 marks the completion of a decade of infrastructure rehabilitation and maintenance work at the U.S. locks under the Seaway Asset Renewal Program. “Through the first 10 years of this program, the SLSDC has obligated $152 million on 50 separate projects,” Middlebrook pointed out.

Though the St. Lawrence Seaway – which is the longest deep-draft navigation system in the world – became operation on April 25, 1959, its “grand opening” was not formally celebrated until June 26 that year in a ceremony officiated by President Dwight Eisenhower and Great Britain’s Queen Elizabeth II in the city of Saint-Lambert, Quebec, near Montreal.

Queen Elizabeth, representing Canada, voiced high expectations at the ceremony for the seaway.

“Ocean-going ships will go up and down this waterway, taking goods to and from American ports, and exchanging the products of North America for those from the rest of the world,” she proclaimed during the event

President Eisenhower likewise emphasized the seaway’s potential economic benefits, calling the waterway “a magnificent symbol to the entire world of the achievements possible to democratic nations peacefully working together for the common good.”

Following the ceremony, both Eisenhower and Queen Elizabeth joined others in a short cruise along the seaway aboard the royal yacht Britannia.