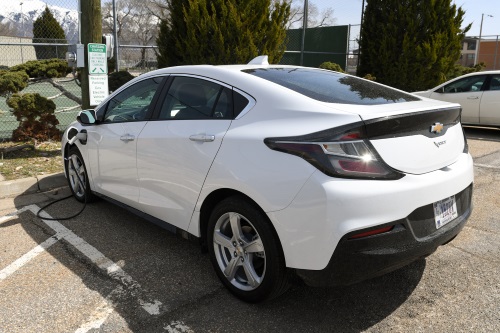 In terms of transportation, this bill – dubbed the Clean Energy for America Act and co-sponsored by 25 other Senate Democrats – would provide a tax credit for fuels that are at least 25 percent cleaner than average, with the maximum credit of $1 per gallon available for fuels with zero carbon emissions. It would also eliminate the per-manufacturer cap on the tax credit for electric vehicles and extends the credit for fuel cell electric vehicles.

“The federal tax code is woefully inadequate to address today’s energy challenges,” Sen. Wyden noted in a statement. “It’s a hodgepodge of temporary credits, anchored by advantages for Big Oil, that don’t effectively move us toward the goals of reducing carbon emissions or lowering electricity bills for American families. It’s time to kick America’s carbon habit, and that means a complete transformation of the tax code to reward clean electricity, transportation, and conservation.”

For example, there is the revived Fairness for Every Driver Act re-introduced by Sen. John Barrasso, R-Wyo., and Rep. Jason Smith, R-Mo., on Feb. 6 that Sen. Barrasso initially proffered last October in the waning days of the 115th Congress. It seeks to end electric vehicle federal tax credits while imposing a fee on operators of all alternatively fueled vehicles – be they powered by electricity, natural gas, hydrogen, etc. – that will be collected over the next 10 years and paid into the Highway Trust Fund.