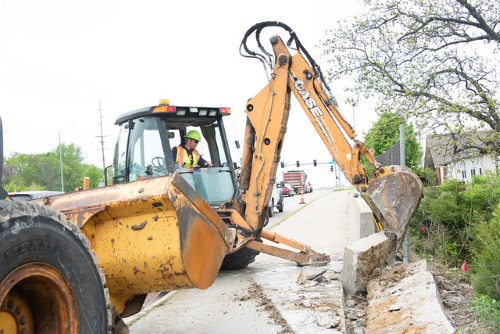 The Federal Highway Administration issued $2 million “quick release” Emergency Relief funds to the Missouri Department of Transportation on May 3 to help repair roads damaged by widespread flooding back in March that affected several states throughout the Midwest.

The FHWA noted in a statement that snow, wind, and rain from several storms in March crippled communities across South Dakota, Iowa, Nebraska, Minnesota, and Missouri. Flooding caused by the storm hit northwest and southeast Missouri the hardest, particularly along the Missouri and Mississippi rivers, and lasted well into April, the agency said.

In Missouri alone, the flooding prompted 215 road closures in 55 counties, FHWA noted, including US-36, US-136, US-59, US-159, and I-29 between Kansas City and the Iowa state line. As of last week, 46 roads remained closed and the Missouri DOT estimates the flooding caused damage in excess of $10 million, FHWA added.