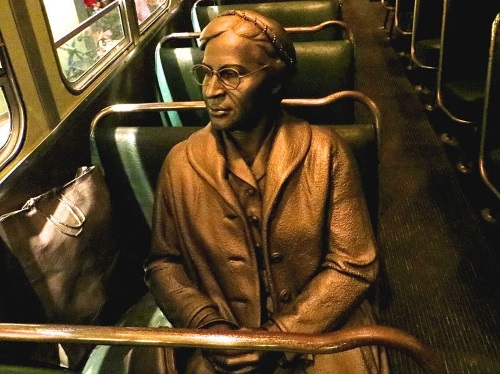 A small business opportunity pilot program started by the Minnesota Department of Transportation received the Rosa Parks Diversity Leadership award from the Women’s Transportation Symposium on April 25 – an award given to organizations that promote diversity, inclusion, and multi-cultural awareness within the transportation industry as well as exhibit extraordinary efforts or initiatives in advancing professional opportunities for women and minorities.

[Above photo of Rosa Parks memorial via Wikimedia Commons.]

The Minnesota DOT said in a statement that it launched this pilot program in 2018 to develop the capacity of “disadvantaged” small businesses while also providing training on Americans with Disabilities Act construction and inspection work.

“The pilot program has identified a specific area of the transportation construction marketplace with current low rates of women and minority-owned business participation and launched a process to build the capacity of these businesses,” said in a statement by Mary Schmidt, the agency’s metro district director for advancing equity.

To date, the Minnesota DOT said the program has awarded 14 construction and four inspection contracts for a total of $750,000 even as the agency adheres to state law that requires it to take the lowest bid. The agency’s pilot team added that it anticipates awards of at least a million dollars in contracts in 2020 and looks forward to expanding the program to Greater Minnesota.